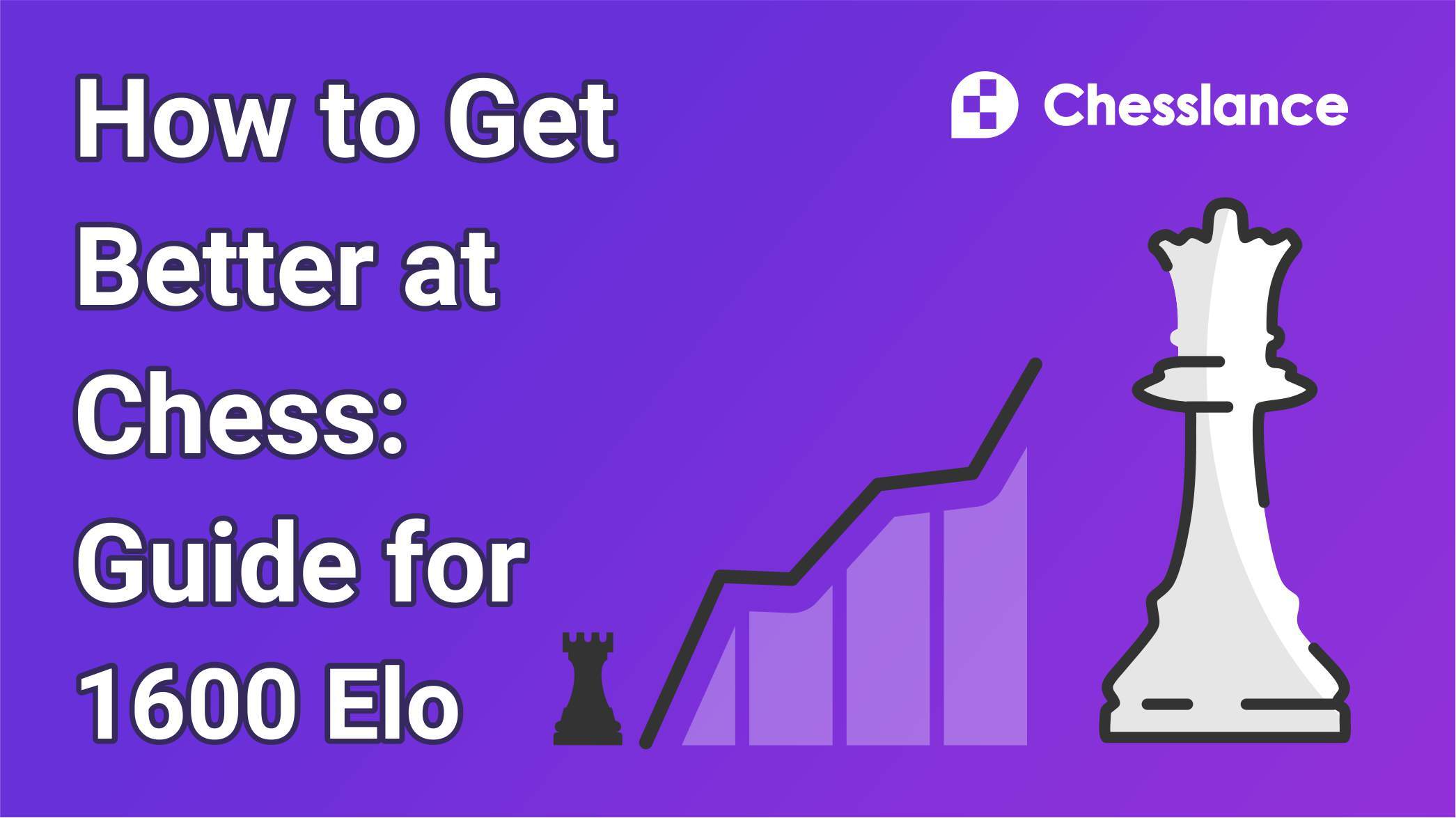 In this guide for 1600 Elo, we can see seven simple steps to improve at this level.

We went through some important points in the last articles. But also equip some more when trying to cross 1600 Elo. This level is not easy because this middle-range rating gets paired with either too high or too low rating opponents on losing. In this Guide for 1600 Elo, we are going to see some tips to increase strength.

Use on-board and off-board strategies as much as possible.

Avoid simplification, especially with the lower-rated players than you.
Try to win against higher-rated players. Some players try to draw only with higher-rated players. But
one must try winning. If you win one game with a higher-rated player, it gives you so much confidence,
cause you start pushing your limits. And on the contrary, if you fail to bring winning positions, so
then you can get at least draw positions.
Have time management right and practice it well.
Don’t give up easily while playing losing positions. So many times I notice the game may get changed at any time. Players tend to blunder more when they think they are already won, losing concentration, and suddenly the losing side gets the advantage.

“Give me a difficult positional game, I will play it. But totally won positions, I cannot
stand them.” – GM Hein Donner
“If your opponent offers you a draw, try to work out why he thinks he’s worse off.” –
GM Nigel Short
“You have to have the fighting spirit. You have to force moves and take chances” GM
Bobby Fischer

Train well with the thinking process. Learning progressive thinking, reciprocal thinking, and logical
thinking will help you a lot. It will make your move decision easy.

“Life is very much about making the best decisions you can. So I think chess is very valuable.” –
GM Hikaru Nakamura.

Select opening and their line according to your playing style. But I suggest again just to do the
required work on it doesn’t go for too many, too long lines.

You can limit 12-15 lines and 15-20 moves in each line. Then keep updating it once you get
the command on selected lines. Just repeat them and this way remembers them.

4. Learn static and dynamics in chess

Static or dynamic play. All strong players like Garry Kasparov, Boby Fischer, and Paul Morphy use them perfectly. While Anatoly Karpov and Tigran Petrosian were seen playing static more.
You can play both types according to position requirements. But this topic is on a must-learn list
for chess players.
“My love of dynamic complications often led me to avoid simplicity when perhaps it was the
wisest choice.” GM Garry Kasparov

Know plans for different pawn structures. Pawn structure can do an attack, a defense or you can
just hold the position. Weak/Strong squares depend on pawns mostly. Pawn structure is also the
endgame winning/losing factor. On each pawn move, you have to revive your plans again. One
dramatic change in pawn structure may change game evaluations. It also performs a major role in
King’s safety. So, if you haven’t studied yet you must start now.
“No pawn exchanges, no file-opening, no attack.”
GM Aron Nimzowitsch
“Pawns: they are the soul of this game; they alone form the attack and defense”
Francois-Andre Danican Philidor

Every player must learn psychology in chess. It is the best technique to improve fast and
efficiently. Think when you are playing the last game of the tournament and you are in a must-
win situation. So, what will work here?
Obviously, psychology is going to help you a lot. Just imagine your opponent is under more
pressure than you. It will help you in coming back from bad events, and games. These are only
off-board benefits.
It works well on board also. Avoiding blunders is more a psychological thing than a technical one.
Players who learn psychology will be able to reduce blunders. And once you know how to avoid
blunders and why we make blunders, then you can find where the opponent can blunder and give him a
chance to fall into your trap.

The second World Champion Emanuel Lasker is considered one of the first players who use
psychology in chess successfully.

Hope this Guide for 1600 Elo will help in your improvement. Also, read more blogs for chess improvement.