How to find a winning plan in Chess? 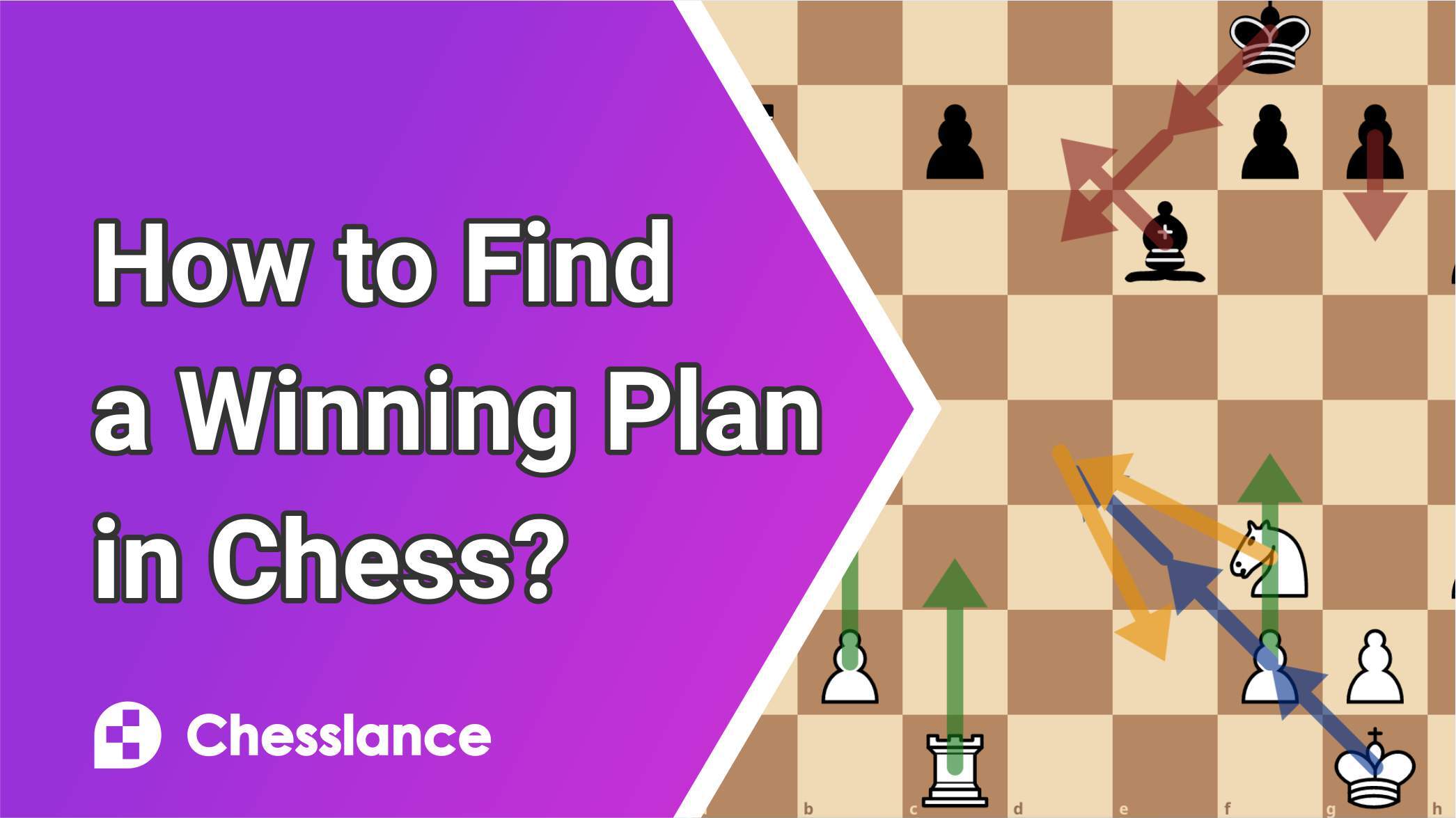 How to find a winning plan in chess? This question has the broadest possible range of answers. After all, so many books are written on planning in chess. Also, to get better at planning one should study middlegame more. In this article, I suggest a handy checklist of topics that will help you to find the winning plan in chess.

When we say plan we imagine a certain way that is supposed to work. A winning plan is a common method we can see on all levels. Not only Beginner player who comes to know f7 or f2 pawn is weak he aims at it from the start is his winning plan. But also, An advanced-level player may aim at a weak square, weak king, or pawn majority as a part of the winning plan.

We are going to see how to find a winning plan in your games. And going to divide it into 3 simple parts

Listen to what the position is telling you and draw your winning plan based on that. There are lots of hints, for example:

Basically, take all kinds of elements into consideration. Here positional analysis will be a great help. If the position is not having any ready-made elements, then you can create them like provoking the opponent to push his pawns so he will get weak squares. Create weakness and generate an attack.

Don’t forget to search for the opponent’s plan also and check the speed of his plan. If it looks faster than yours, then you should defend his plan first. If your plan is getting executed before his – then you can go for it.

Almost all the openings have a fixed plan you can go for. Here are some examples:

3. Plan according to your thinking process or playing style

You can plan your game from the start to the end. For instance, if you are an attacking player you should go for aggressive plans. If you are tactically good, then try to get open positions. Positionally or strategically strong players should try to keep their position close or static so that their plan success rate will increase. A good endgame player can try to get the position which going to favor the winning endgame.

If you can’t figure it out you can take help[ from some good chess coaches.

First, evaluate and then create a plan. Without a doubt use the plan according to your opening. Practice them in casual games or try them in online games. An opening has a close connection to the middle game, in fact, don’t only learn lines, but also learn your opening-related plan.