Guide for 1400 Elo: Getting better at chess 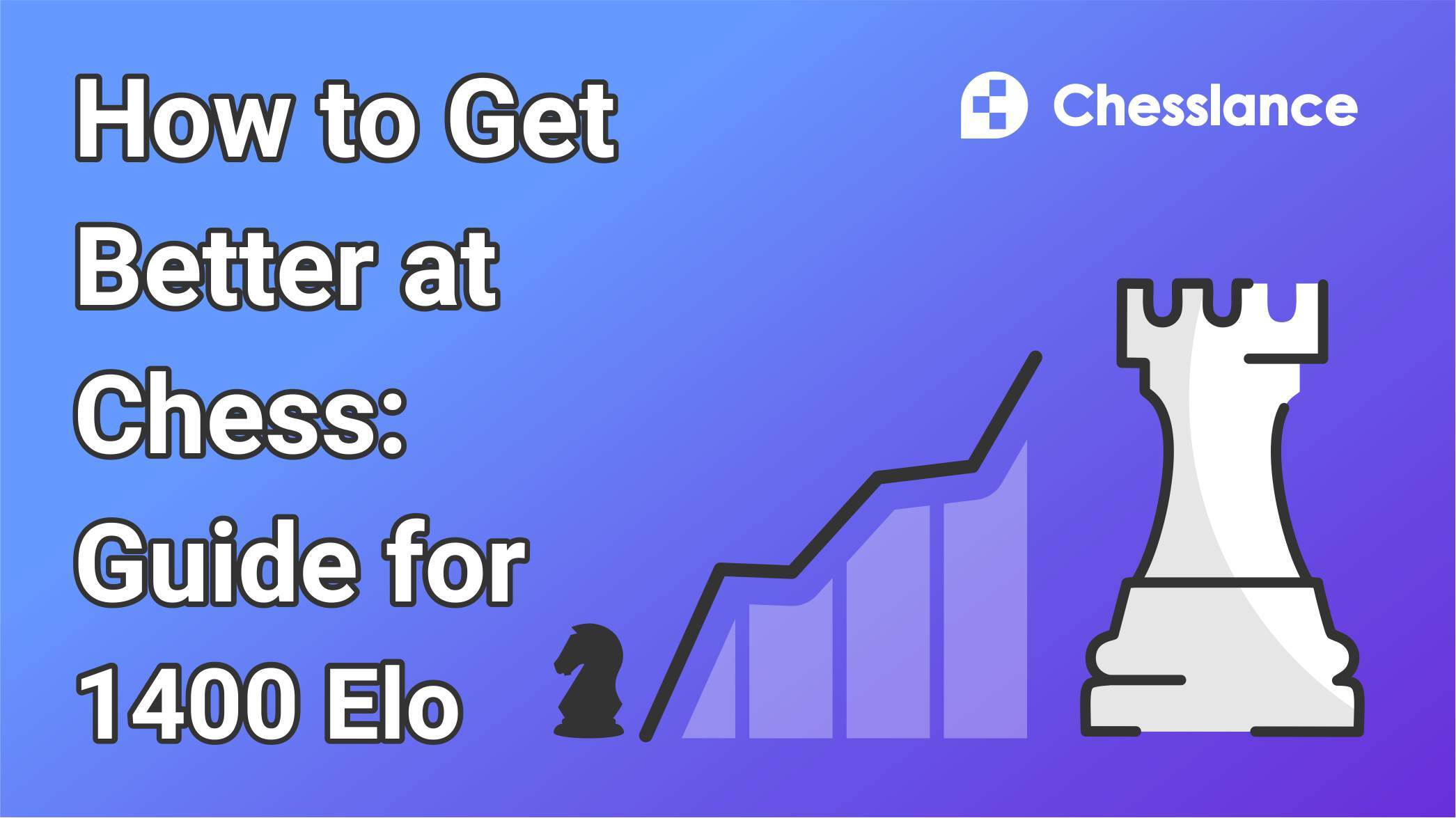 Guide for 1400 Elo: Hello, chess friends! At this level, the game gets more serious and tougher. You may already know a lot of different aspects of chess and how to move forward but in my experience, many players are stuck at this level.

The journey of a chess player has lots of challenges to face, hurdles to overcome, failures to learn from, and victories to achieve.  It is not an overnight journey.

The following diagram demonstrates how rating levels are getting tougher.

The blue line shows as the rating number increases the number of players decreases. But according to data, they still have a fair chance to reach 1600. We are going to discuss what plan 1400 Elo players should follow in order to achieve better results.

One can even become a world champ without a coach. But it’s not possible for everyone. It’s time to get a good coach and start training. In order to win I used to take a lot of hard work and drain my energy while playing. Once I got a coach, I started getting ready for opening lines, and followed a systematic approach, so the game felt easier as I wasn’t that stressed anymore. Sometimes my coach also plays in the same tournament and he helps me.

2. Increase your chess study time as much as possible.

Studying as much as possible is a must for chess improvement. While studying you can gain knowledge from books, videos, chess websites, and webinars. But don’t do it randomly. Have a study plan. YouTube videos will be helpful, but having video courses on one topic in detail will be better.

But don’t become only a knowledge database, use it in your game. Executing your knowledge is crucial.

Playing tournaments is really important at this level. It will reduce your blunders and will improve so many things naturally since you concentrate at your best in tournaments. Playing tournaments regularly will increase your stamina. Also, small gaps are required if you feel tired. You will recognize what you need exactly. You can also practice in online tournaments.

Target some tournaments and plan them to play. Don’t forget to prepare well.

Avoiding 100% is not possible, this topic is missing from so many players’ study material and coaches’ study portions. But you can reduce them a lot. Just tell yourself before the game that you are not going to blunder. While playing be aware of it and you will see some good results. Once you start avoiding blunders, strong players will also feel hard to beat you.

Since most of the players do blunders it can be positional or tactical, helping strong players win against them. Some will know you are going to blunder, so they will wait for your mistake. This is the topic you can get trained on properly.

In GM John Nunn’s book secrets of grandmaster chess, it is written that after playing badly in one game he increases his study time until he gets good results again.

Start learning positional chess. Positional concepts are the most important thing, as well as tactics. So many players don’t know what to do while playing if they have no tactics and nothing to do. Positional chess may fill some gaps in tactics. After all, positional moves give you a better position.

As the level increases, the endgame requirement will increase. Your game will go into long complicated endgames. Only remembering them will not work, so find all types of weaknesses in the endgame and have a mind map to play against them.

You can cover your mistakes of opening and middlegame, but endgame mistake means you will lose your game.

A player should work on all aspects but exactly what is the most important for your level is shown in this Guide for 1400 Elo. Mark every point as you complete working on it and get better results.